Why Do DWI Arrests Spike Around the Holidays? A Look at the Numbers

Driving while intoxicated (DWI) is a significant issue every month of the year, but drunk driving rates tend to spike in November and December. Drinking at holiday parties and events can lead to a higher number of intoxicated drivers on the road. Unfortunately, this translates into a greater number of car accidents, injuries, and deaths. DWI arrests spike not only around the holidays from the number of people driving under the influence; they also spike because of an increase in police activity. Here’s a look at DWI accidents and arrests by the numbers. 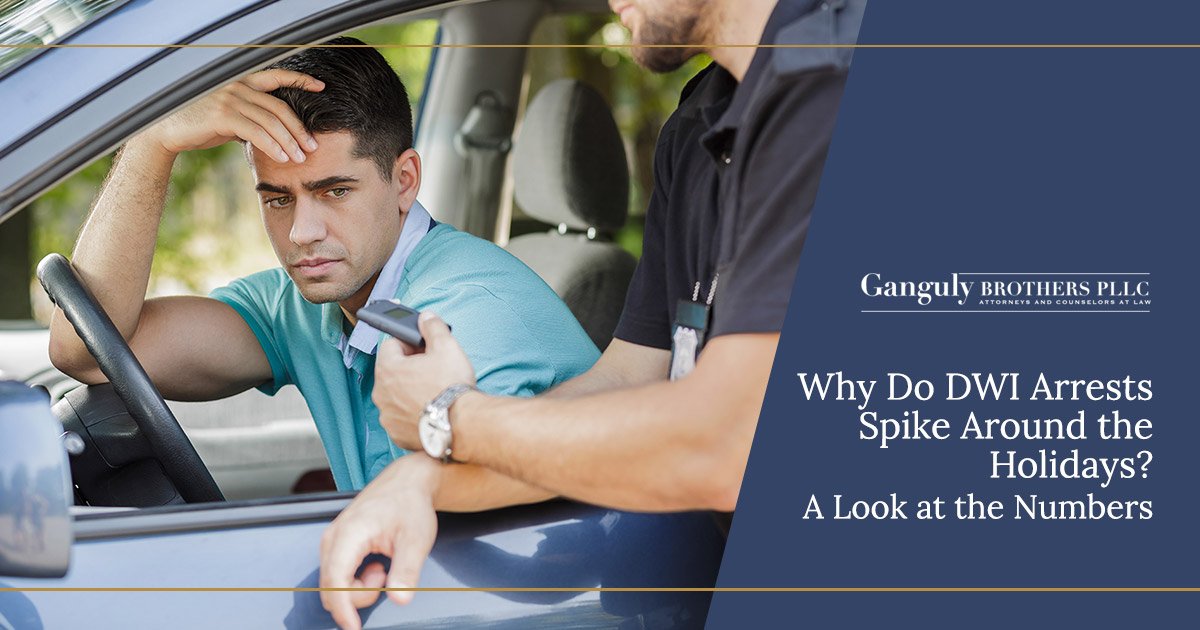 Looking at the DWI activity around the holidays can be intimidating as a driver. Not only could you get into a drunk driving accident – you could end up under arrest for alleged DWI. Police are on high alert for drunk drivers around Thanksgiving, Christmas, and New Year’s, often setting up checkpoints and campaigns for holiday weekends. The following are some of the most recent crash statistics about DWI around the holidays:

Police in Rochester are aware of the increase in drunk driving crashes and deaths around the holidays. Thus, they initiate multiple details through the state to detect and stop drunk drivers. Last holiday season, Dutchess County police arrested 72 people for suspected DWI from December 17th through January 1st. If you need legal help for a DWI this holiday season, contact the lawyers at Ganguly Brothers Law.